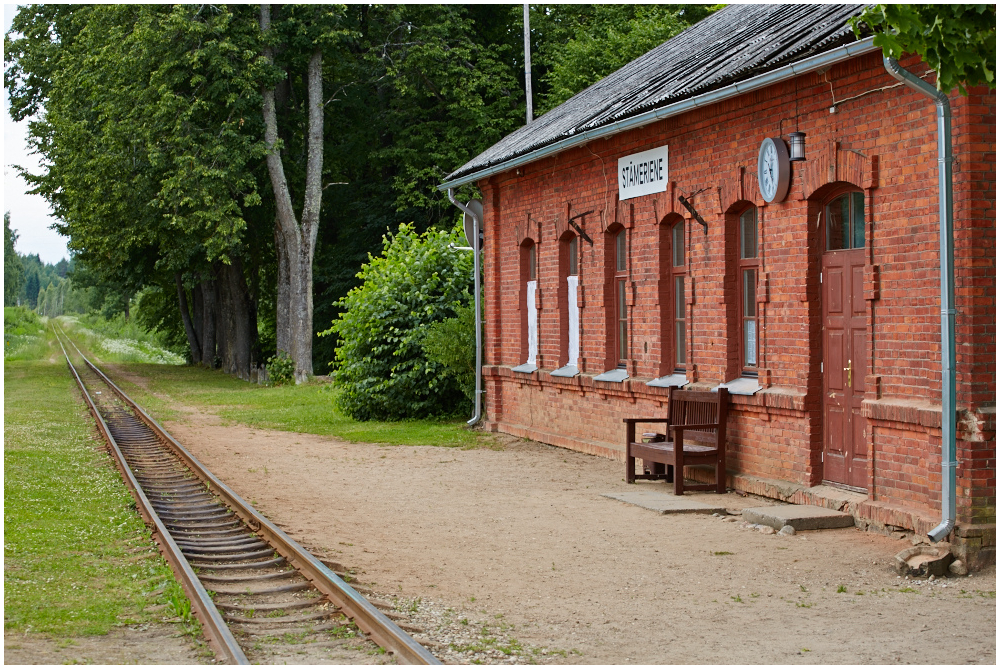 Previous Next
← previous day next day →

Rail Baltica is project of the European Union, supposed to link Finland, the Baltic States and Poland and also improve the connection between Central and Northern Europe and Germany. The route is estimated to be completed by 2024, although the work is not started yet.
On the photo here is last operational narrow gauge railway in Baltics between Gulbene and Aluksne, Latvia.
-
Lätis on turismiatraktsioonina kasutusel viimane Baltimaade töötav kitsarööpmeline raudteelõik Gulbene ja Aluksne vahel. Vaata lisa siit...
-
Latvia @ June 2013

Everything is superbly placed especially the perspective of the road. Superbly peaceful !

What a picturesque place!