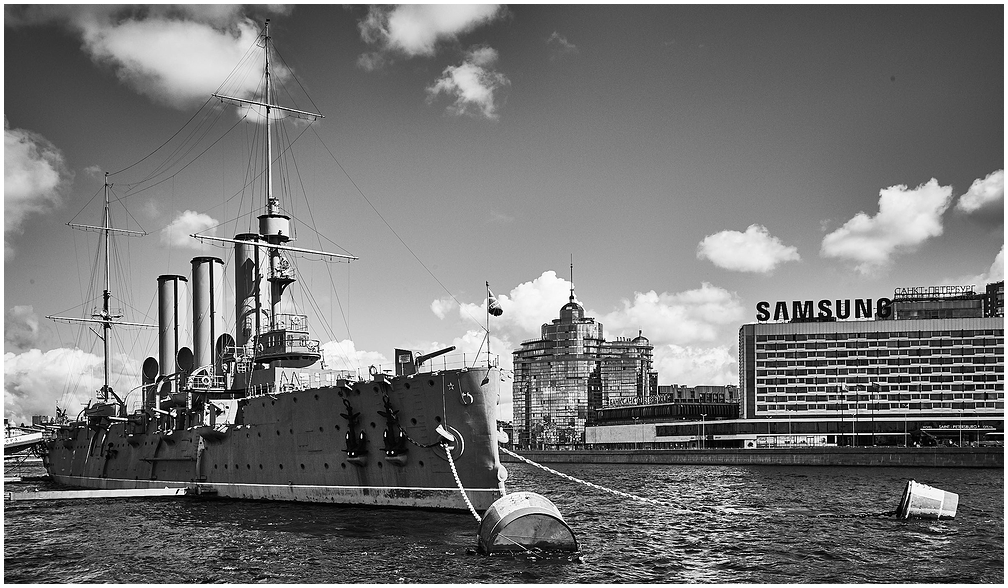 Previous Next
← previous day next day →

According famous Soviet legend, with the shot of Russian cruiser Aurora the October Revolution in Russia started 100 years ago - on 7th of November 1917.
Mostly it is agreed now, that there was one blank shot, but probably it was not a signal, because heroic attack of the Winter Palace, known from the movies, just did not happen.
And most of the ship, standing in Sankt Petersburg now, is a replica.
-
Saint Petersburg, Russia @ July 2013

Well, that takes care of that legend. Someone should tell Putin. ;-) An excellent B&W.